The department's sophisticated and flexible graduate training prepares its students to compete for the country's top academic positions and postdoctoral fellowships, as well as careers in the private sector, non-profit organizations, and government. Supplementing the guidance of your dissertation committee, the department offers numerous resources for preparing graduate students for the job market. The director of placement (in 2018-19 the director is Professor Eric Oliver) schedules faculty-led professionalization workshops throughout the year on key topics like academic publishing, crafting application letters, and the hiring process. The department has a long history of hosting practice job talks, where students entering the academic job market receive critical feedback and advice from faculty and peers.

The University's UChicagoGRAD offers a robust program of events and workshops designed to help students discern career paths and to help with career development.

Here are some of the institutions where our recent graduates are serving in tenure track positions:

January 2016: Getting an Academic Job with Eric Oliver

May 2016: Everything You Wanted to Know About the Profession and Weren't Afraid to Ask with John McCormick and Dan Slater

December 2014: Writing to Publish with Will Howell

February 2015: Getting and Keeping Your Academic Job with Mark Hansen

May 2015: Going on the Job Market with Paul Staniland 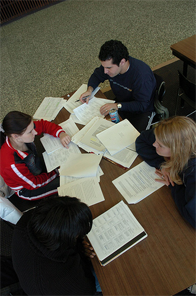