Susanne Rudolph taught one quarter of my Indian Civ sequence. I ended up taking an incomplete which I resolved by turning in a rather shabby paper. I've never felt good about it but professor Rudolph seem to understand the effort was about all that I could do at the time and was very gracious. Because of that I signed up to take her class on Max Weber. I found the class to be fascinating although I was most often in over my head. She was one of several U of C faculty who were both genuinely concerned and sympathetic with students as well as being phenomenally brilliant. I'm sure she calibrated her interactions according to the kind of student she was dealing with. I was in awe and always a little ashamed that I couldn't do better. I think I eventually did and I credit her combination of high expectations and just the right amount of encouragement and tolerance for that improvement. The last session of that spring quarter class was held at the Rudolph's home—dinner and a discussion. That's one of my fondest U of C memories. Thanks where ever you are, RIP.  Robert V. Binder

It seems only fitting that we honor the extraordinary lives of Susan and Lloyd Rudolph in November 2016.  While some seem to reject nuance and humanity Susan and Lloyd embraced fully the complexities of the human condition—and the power of sharing knowledge, love and grace.

I took one class with Lloyd, and during our journey into the teachings of Gandhi he always managed to lift my spirits while opening my mind to new ways of thinking about the world.

Lloyd's class was often filled with laughter and thoughtful discussions that still resonate, and inspire my passion for lifelong learning.  He led class by balancing heady explorations of political philosophy with good jokes and warm smiles.

Joy is the word I most associate with Lloyd.  When he was ill one day I visited Susan in her office to inquire about his health.  She was sitting at her large desk marking stacks of student papers and looked up.  I remember clearly how Susan smiled and spoke graciously, gently, and sweetly about her husband.  At that moment I finally understood why Lloyd often bounced into class.  He was well loved.

I remain grateful that Susan and Lloyd shared their love and joy for life, learning and each other.  The world is a better place and shines brighter because they shared it all with us in Chicago, and far beyond its beautiful campus.

I wish I could join the Rudolph family and my fellow Chicago alum at the memorial.  But I am in Australia writing a thesis, and wondering where I can best insert a quote from Lloyd—and maybe even Gandhi.  Rachel Cunningham

The Rudolphs' scholarship and partnership in South Asian affairs greatly influenced my thinking long after attending the U of C. To this day, I recall my participation in their courses with fondness. Intellectually stimulating and socially engaging, these classes were some of the highlights of my time in the College.  I would like to convey my heartfelt condolences to the family.   Yashdhar Vyas

At Chicago, in the fall of 1995, on the first-day orientation session for incoming political science graduate students (of which I was one), Susanne Rudolph said something to the effect that much of the debate surrounding the “scientific-ness” of the social sciences was misplaced, given that “social sciences” was simply an unfortunate mistranslation of the German “Geisteswissenschaften.” This tidbit offered a tantalizing glimpse into an intellectual world I wanted to know better. I was so, so fortunate to be able to take courses from both Susanne and Lloyd Rudolph—both singly (Max Weber, Comparative Public Policy) and together (State Formation). Susanne opened our eyes to Weber’s thought and influence, Lloyd taught us that all economies are mixed, and together they unwrapped the relationship between cosmology and politics. Susanne was on my PhD committee and kept me going when I might otherwise have given up. I had the privilege of visiting them once in Vermont, and was also lucky enough to experience the gracious way they opened their Kenwood home to their students. In later years, I only saw them only a few times—far too few. Through their fierce intelligence, integrity, and gentility, through their students, their friendships, their children, their incredible partnership—in short, through their wondrous humanity, they have left an indelible mark on the world. (I am overseas and regret that I am unable to attend the memorial tribute in person. My best to old friends and colleagues.)   John Slocum

Sue and Lloyd gave intellectual vitality to the study of South Asia; they connected India's past to its present; and they brought India to Chicago. They were wonderful colleagues and their years with us
will endure.  Ralph Nicholas

If you will permit a personal memory, Susan and I were undergoing treatment for breast cancer at the same time. She promised me to keep it a secret because she was afraid that her department would somehow use it against her. As we celebrate her life and mourn her death, we should mourn her fear in a misogynistic system that deprived her from support from her peers.  Jean Treese

The Rudolphs were the royalty of the political science department when I was there. So endearing in their shared office suite, both Lloyd and Susanne were big-hearted, always eager to help a student, and brilliant. Lloyd was the chair of my master's thesis and a member of my dissertation committee. He had read, absorbed, and understood every book that was ever written. Susanne's Max Weber course influences me still. But it's when they were together that they were at their most charming and, somehow, most regal. I will miss them.  Angela Doll Dworin 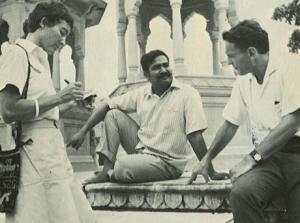 The Rudolphs in 1971 with Mohan Singh Kanota (center), who worked with them on Reversing the Gaze. 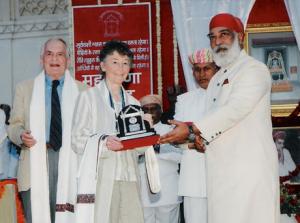 In 1990 the authors received the Colonel James Tod Award, recognizing foreign nationals who have contributed to the understanding of the Indian state Mewar. 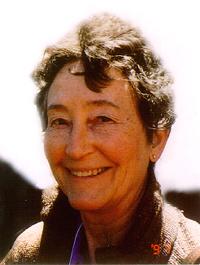 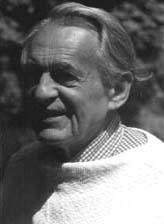