Christy Monet is a dual PhD candidate in Political Science and Slavic Languages and Literatures at the University of Chicago. Her research interests lie at the intersection of comparative political theory and literary theory, with a special focus on the role of literature in the production of social and political ideologies and imaginaries. Christy has received several teaching and research fellowships over the course of her graduate studies, including a Boren Fellowship, a University of Chicago Grodzins Prize Lectureship in Political Science, an Alfa Fellowship, and a University of Chicago CEERES Graduate Student Teaching Fellowship. She has taught courses on contemporary Russian politics, as well as Russian historical, literary, and political encounters with Blackness.

Christy’s most recent article, “Russia’s Post-Soviet Ideological Terrain: Zvyagintsev’s Leviathan and Debates on Authority, Agency, and Authenticity,” co-authored with Susanne Wengle and Evgenia Olimpieva, was published in Slavic Review in 2018. She has worked as an editorial assistant for the Moscow-based Novoe Literaturnoe Obozrenie (NLO) publishing house since 2019.

Her dissertation, entitled “Political Imagination and Liberal Reform: Figuring the Family in 19th-century Russian Literature,” explores the emergence of liberal ideas in the context of Russia’s late imperial period and the ways in which primarily Western ideas were reconfigured to respond locally to affective strategies of autocratic rule. The dissertation focuses on the gentry family as both a critical political subject in Russia’s era of Great Reforms and, simultaneously, a critical literary subject in the works of many of Russia’s Golden Age writers. Christy argues that contract rationality may not be the best lens through which to engage with the history of liberalism in Russia. Instead, attention to a more affective form of rationality and, indeed, an affective form of liberalism more aptly demonstrates the innovative and contradictory contours of Russian liberalism and its fate.

In 2020-2021, Christy is a Visiting Scholar at the Jordan Center for the Advanced Study of Russia at New York University 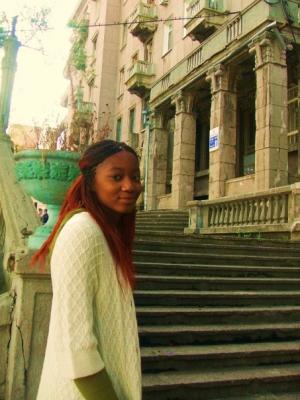