Geneva Cole is a doctoral candidate focusing on American and Comparative politics. She is currently a Human Rights Doctoral Fellow at the Pozen Center for Human Rights and was previously an Urban Doctoral Fellow at the Mansueto Institute for Urban Innovation. Her research interests broadly include public opinion, political behavior, and the role of political and social identities in shaping politics. Her research has been published in Social Science Quarterly and featured in the Washington Post, MinnPost, and Reframing Russia.

Her dissertation, Shades of White: How White Identity Shapes Attitudes About Racial Politics, advances a theory of white identity that varies on two dimensions: consciousness, or the extent to which whites recognize their whiteness and ensuing social, political, and economic privileges; and valence, or how they feel about these advantages which can range from grievance to guilt. The dissertation also presents a novel survey measurement strategy to capture this variation in white identity called the white advantage scale. Ultimately, variations along the two dimensions of white identity are associated with different attitudes about racial politics, such as the Black Lives Matter movement, and ideas about political participation. 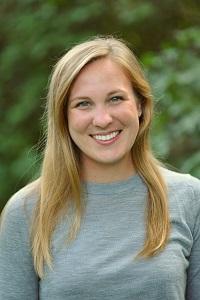