Alysia Mann Carey is a fourth year PhD student in the department. Her primary subfields are comparative politics and political theory with a regional focus on Latin America and the Caribbean. Her research interests include Black politics, political violence, gender and sexuality, and resistance.

Mann Carey’s dissertation tentatively titled, ‘I felt the hand of the government in my womb’: Black women, state violence, and the transnational struggle for life in Brazil and Colombia’ examines the experiences and effects of state violence on Black women, and how Black women in turn are mobilizing against and resisting the different forms of violence they encounter. Using ethnographic methods she examines the ways identity, affect, and intimacy transform the range of politics Black women pursue locally, nationally, and transnationally, particularly in the context of political violence.

For the 2014-2017 academic years, Alysia Mann Carey received a Foreign Language and Area Studies fellowship for Portuguese and Haitian Kreyol and was a 2016-2017 APSA Minority Fellow. Mann Carey was also a recipient of the 2015-2016 SSRC-Dissertation Proposal Development Fellowship, and research fellowships from the Center for the Study of Race, Politics, and Culture, the Center for the Study of Gender and Sexuality, and the Pearson Institute for the Study and Resolution of Global Conflict at the University of Chicago.

Alysia Mann Carey has also received two internship fellowships through the University of Chicago: the Grad Global Internship inaugural fellowship where she worked with a community-based organization, Quilombo Xis, in Salvador, Bahia, Brazil (2015-2016) where she translated documents and collected testimonies from family members and survivors of police violence for human rights reports. She is also the recipient of the Pozen Center Human Rights Internship Fellowship (2017-2018), where she interned with the Haitian-Dominican Migrant Community Association in Santo Domingo, Dominican Republic and conducted Community Based Assessments in Spanish and Kreyol in three bateyes and three peripheral communities in the Dominican Republic.

Alysia has held teaching assistantships in introductory courses on comparative politics, social theory, and Latin American history. During the 2017-2018 year, she will co-teach a class on Black feminism in a transnational perspective.

During the 2015-2016 and 2016-2017 academic years, Alysia Mann Carey also served as a member of the Dean’s Advisory Council for the Social Science Division.

Born in Madison, WI, Alysia earned her BA in Spanish Languages and Literature, Latin American, Caribbean and Iberian Studies, and Political Science, from the University of Wisconsin-Madison. She then received an MA in Latin American Studies at the University of Texas-Austin with an emphasis in Afro and Indigenous Rights, Anthropology, and Women’s and Gender Studies. 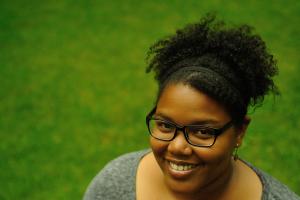