Daragh Grant is a Senior Lecturer in the College and Co-Chair of the Classics of Social and Political Thought core sequence. He received his BSc from the London School of Economics in 2001, an MPhil from the University of Cambridge in 2005, and his PhD from the University of Chicago in 2012. Between 2012 and 2015, he was a Harper-Schmidt Fellow and Collegiate Assistant Professor in the Social Sciences at the University of Chicago. Before returning to the University of Chicago in 2019, he was a Lecturer on Social Studies at Harvard University. His intellectual interests include the history of colonialism and empire, the history of slavery, and the development of understandings of sovereignty and subjecthood from the sixteenth century to the present. He is currently preparing his book manuscript for publication, which is tentatively titled “Experiments in Order: Sovereignty, Jurisdiction, and State Formation in Early New England.” This manuscript brings together his interests in colonialism and state formation to explain how English settlers in the New England colonies asserted and defended their claims to jurisdiction over lands and peoples in the Americas. It also explores the strategies by which indigenous polities and some settler communities sought to resist or exploit colonial governments and the imperial center to their own ends. Daragh’s work has appeared in Comparative Studies in Society and History, the William and Mary Quarterly, and Renaissance Quarterly. His personal website can be found here. 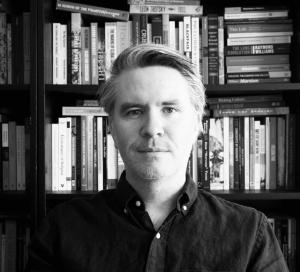