Walker Gunning is a PhD candidate in the Department of Political Science specializing in comparative politics. His research interests include unfinished revolutions, and the ways revolutionary groups seek to maintain their political influence during the post-uprising transitional period and beyond.

He is currently working on his dissertation "The Street Has the Last Word: Revolutionary Organizing in Sudan", which focuses on the 2019 Sudanese revolution and ensuing transitional period. The project looks at why revolutionary groups decide either to join transitional governments or attempt to sustain mobilization in the streets. Balancing threats of co-optation and counter revolution,  revolutionary organizations may employ different strategies depending on their organizational structure, ideology, and other factors. The project traces transnational links between Sudan and earlier protests waves to highlight the way that failed transitions to democracy in Egypt and beyond have forced revolutionaries to grapple with the limitations of unfinished revolutions. This project is supervised by Lisa Wedeen (Chair), Susan Stokes, and Cathy Cohen.

Walker holds a master's degree in Political Science from The University of Chicago, a master's degree in Near Eastern Studies from New York University (NYU), and a bachelor's degree in Middle Eastern and Islamic Studies from NYU. He is the former executive director of CPOST, a research center at the University of Chicago, the former associate editor of Al-Monitor.com, a website covering the Middle East, and has previously worked on independent and documentary films, including an Oscar-nominated documentary short. 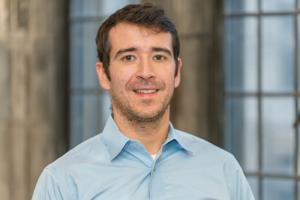