Aylon Cohen is a PhD Candidate in the Department of Political Science specializing in political theory. Their research interests combine contemporary political theory, intellectual history, queer-feminist, theory, and affect studies with the history of democratic thought and practice. Aylon's dissertation, “Anatomies of Attachment: Sodomy, the Body, and Political Affect in Early Modern Europe,” critically examines how political ideas emerge alongside and in tension with bodily practices, with particular attention to how relations of gender and sexuality circumscribe forms of bodily activity that uphold and structure political relations of hierarchy and equality.

During the 18th century, Western Europe underwent a revolutionary change. Against a hierarchical political order, citizens pledged fidelity to principles of equality, as “the people” became a new source of sovereignty. But how was such allegiance actually generated? Whereas received explanations tend to answer these questions by reference to the acceptance of novel intellectual ideals, Aylon’s dissertation studies how new political allegiances were created through both exceptional and everyday practices of bodily comportment that were deeply structured by relations of gender, sexuality, and race. To do so, the dissertation examines four sites of Europe’s public sphere: the royal courts, Masonic lodges, English sodomite clubs, and France’s national convention. In each case, I show how citizens come to see themselves and (some) others as equals through changes in gesture, voice, and touch.

You can read more about Aylon’s research and teaching here. 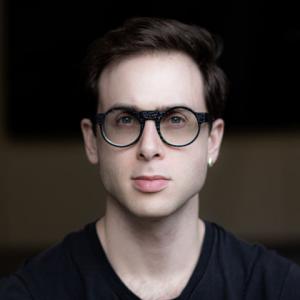