Benjamin Lessing, associate professor of political science at the University of Chicago, studies "criminal conflict"—organized violence involving armed groups that do not seek formal state power, such as drug cartels, prison gangs, and paramilitaries. His first book, Making Peace In Drug Wars: Crackdowns and Cartels in Latin America (Cambridge University Press, Studies in Comparative Politics Series, 2017), examines armed conflict between drug trafficking organizations and the state in Colombia, Mexico and Brazil. Choice named it one of its Outstanding Academic Titles for 2018, and it was reviewed in Latin American Politics and Society, Foreign Affairs, and Journal of Peace Studies.

His second book project, tentatively titled Criminal Leviathans: How Gangs Govern, Organize Crime, and Challenge the State from Behind Bars, explores the counterproductive effects of mass-incarceration policies, fostering the growth of powerful armed criminal groups at the core of the state's coercive apparatus. Lessing was recently named an Andrew Carnegie Fellow (2019-2021), which will provide time and resources to complete Criminal Leviathans. A co-authored article from this project appeared in the American Political Science Review in May 2019.

Together with Chicago Political Science colleague Paul Staniland, and with funding from the Minerva Institute, Lessing founded and directs the Program on Political Violence (PPV), part of the Chicago Project on Security and Threats (CPOST). Under PPV, Lessing directs the Criminal Governance in Latin America project, currently generating estimates of the number of people living under gang rule in the region.

Lessing received an MA in economics and a PhD in political science from the University of California, Berkeley, and completed a postdoctoral fellowship at Stanford University's Center on Democracy, Development, and the Rule of Law (CDDRL) and the Center on International Security and Cooperation (CISAC). He also holds a BA in economics and philosophy from Kenyon College. Prior to his graduate work, Lessing worked for 4 years as a researcher in Rio de Janeiro, at Viva Rio, Brazil’s largest NGO, and founded its Drugs and Human Security program. He also conducted field research in Latin America and the Caribbean for international organizations like Amnesty, Oxfam, and the Small Arms Survey, and was a Fulbright Student Grantee in Argentina and Uruguay. He was born in Rochester, Michigan. 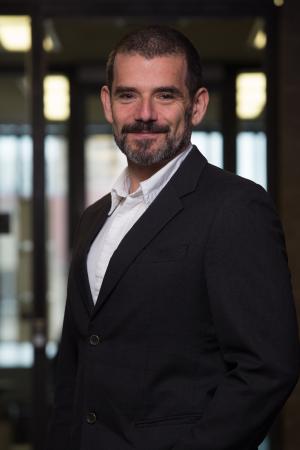