As a political theorist, her research sits at the intersections of democratic theory, multiculturalism, Indigenous politics and settler colonial studies. Her dissertation, “World-Building in Settler Colonial Contexts,” along with her current research, investigates settler and Indigenous case studies from settler colonial contexts to theorize contested, plural practices of democratic politics and self-determination. Drawing on the political thought of Hannah Arendt, Indigenous resurgence theory and democratic constitutional theory, she challenges liberal multiculturalist assumptions about group claims to demonstrate ways in which they speak beyond identity to common political concerns, including decolonization.

Her research has been supported by the Department of Political Science, the Division of Social Sciences and the Newberry Library. 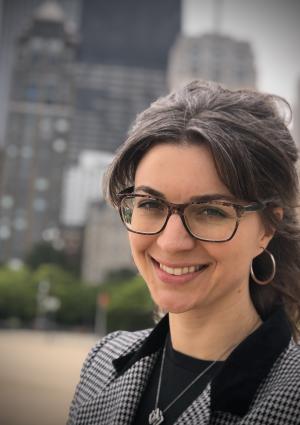