John Harpham is a Junior Fellow in the Harper-Schmidt Society of Fellows. His research and teaching interests are in political theory and the history of political thought, although they also extend outward into the several disciplines that can be drawn upon in order to understand the development of the major themes that recur throughout his work, such as freedom, slavery, and race. His book project examines the intellectual origins of American slavery. Here he sets out to provide as full an account as possible of the context of ideas from which slavery in America first drew support and works in addition to recover the earliest origins of the antislavery and abolitionist arguments in an Anglo-American setting. His work thus reflects upon such broad historical and theoretical problems as the relation between freedom and slavery, the origins and ideological functions of race and racism, the relation between slavery and modernity, and the manner in which ideas shape practices and practices shape ideas.

“The Late Career of Prester John” (research note in progress).

“Freedom, Slavery, History: On the Human in Rousseau” (in draft).

“Freedom and Slavery at the Origins of Modern Political Thought” (in draft).

“Two Concepts of a Slave in the South Carolina Law of Slavery,” Slavery & Abolition: A Journal of Slave and Post-Slave Studies, 39:1 (2018).

“‘Tumult and Silence’ in the Study of the American Slave Revolts,” Slavery & Abolition: A Journal of Slave and Post-Slave Studies, 36:2 (2015). 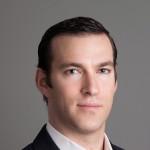