Niklas Plaetzer is a PhD student in the Department of Political Science, focussing in political theory and comparative politics. His research interests include democratic theory, constitutionalism, critical theory, and the politics of social movements. During 2020-21, Niklas will be a visiting doctoral student at the Centre Marc Bloch at Humboldt University, Berlin.

At the University of Chicago, Niklas is hoping to do research on the ways in which unruly practices of citizenship can give rise to new ideas of constitutional politics beyond sovereignty. Drawing on Hannah Arendt, he hopes to investigate the possibility of an “insurgent constitutionalism” which can resonate with historical and contemporary social movements, with a special emphasis on France and Brazil. He is also particularly interested in the political uses and limitations of the language of universalism and has done archival research on the 1871 Paris Commune in the context of French Empire and anti-colonial revolt.

Niklas's academic work has appeared in the Journal of International Affairs (“Civil Society as Domestication: Egyptian and Tunisian Uprisings Beyond Liberal Transitology,” Fall/Winter 2014, Vol. 68, No. 1, 255-265) and The Review of Politics (book review forthcoming). He has also written for the Columbia Journal of Literary Criticism, 3:AM Magazine, and, most recently, the Journal of the History of Ideas Blog (“The Archive is Burning: Walter Benjamin in Brazil,” September 2017). 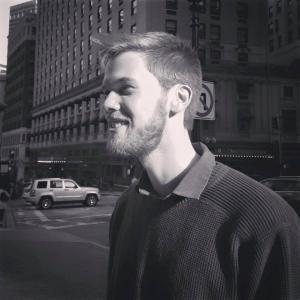