Silvia Fedi is a PhD candidate in the Department of Political Science specializing in political theory. She is currently a residential fellow at the Center for the Study of Gender and Sexuality (CSGS). Her research interests lie at the intersection of ancient Greek political thought, feminist theory, and democratic theory.

Silvia’s dissertation, “Ruled by Women: Gender, Politics, and the Problem of Rule”, investigates gynaikokratia, or rule by women, in Ancient Greek literature and philosophy as an alternate tradition of rule and latent regime type. The project analyzes texts focusing on regimes controlled by women, such as Aristophanes’ Ecclesiazusae,  Book V of Plato’s Republic, and descriptions of Sparta as ruled by its women, to explore gynaikokratia as thematically important in Greek culture and analyze the kind of anxieties regarding gender relationships that were both expressed and actively produced by the threat of women’s political power. It also tracks characteristics that many figurations of rule by women seem to have in common – sexual freedom, family abolition, and the rejection of private property – as expressions of the fear and potential created by the internal threat of a female political tradition. In doing so, the dissertation attempts to reconsider the relation between politics and forms of official authority, such as rule, that are too often exclusively associated with maleness, and attempts to decouple the two by offering a vision of an alternate, female vision and imagination of politics. This project is supervised by Linda Zerilli (chair), Demetra Kasimis, and Matthew Landauer.

Silvia holds a Master’s degree in Political Science from the University of Chicago and a BA in Political Science and Economics from Trinity College (CT). Her Master’s Thesis, “Women in Corinth: Gender, Justice, and Failed Revolution in Euripides’ Medea”, won the Joseph Cropsey Prize for best master’s thesis in political philosophy in 2019. Silvia has taught “Classics of Social and Political Thought I” and is scheduled to teach “Theorizing the Politics of the Family” with the Grodzin Prize Fellowship in Winter 2022. 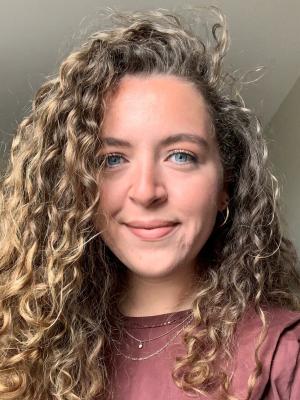