Professor Emeritus William Sewell was the Frank P. Hixon Distinguished Service Professor Emeritus of Political Science and History. Although he retired in 2007, still teaches the occasional course and continues to be co-director of the Social Theory Workshop and a Resident Fellow of the Chicago Center for Contemporary Theory. He has long been interested in the intersection between history and social theory. His most recent book, Logics of History: Social Theory and Social Transformation, won an award in 2008 from the American Sociological Association for the best recent book in sociological theory. Most of his historical work has been on the social and cultural history of modern France. His books include Work and Revolution in France: The Language of Labor from the Old Regime to 1848; Structure and Mobility: The Men and Women of Marseille, 1820–1870; and A Rhetoric of Bourgeois Revolution: The Abbé Sieyes and What is the Third Estate? He is currently working on the social and cultural history of capitalism in eighteenth century France, but also makes occasional forays into the history of contemporary capitalism. In 2004, Professor Sewell was elected a Fellow of the American Academy of Arts and Sciences. He has been a Trustee of the Institute for Advanced Study since 2009 and will serve as President of the Social Science History Association in 2011-12. 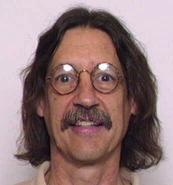